Diseases of Different Crops in Zoba Anseba of Eritrea

Diseases of Different Crops in Zoba Anseba of Eritrea 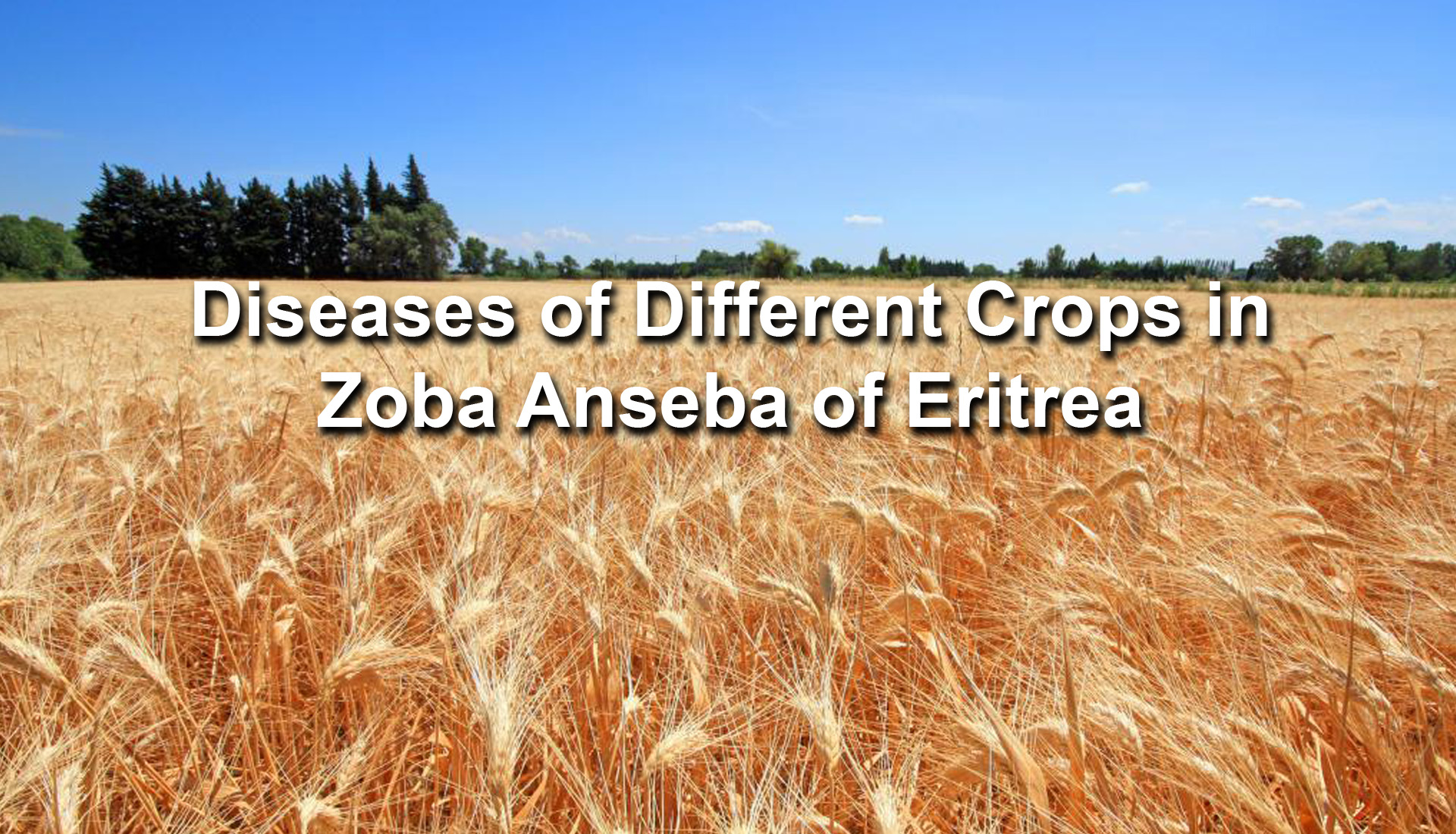 Eritrea is a country of North Eastern Africa, areas where sorghum is originated and believed to be the center of its domesticated. The country bordered on the east by the Red Sea, the south by Djibouti and Ethiopia and the north and west by Sudan. It has a land area of 125,000 square kilometers. According to Grando et al., (2010), of the total potential arable land the area under cereal cultivation is estimated as 463,926 hectares (average of 2005-2008).

The major and important field crops in Eritrea are sorghum and pearl millet. In the order of importance by area in Eritrea (average of 2005-2008 with 463,926 hectares) are: sorghum (machala1 56%), pearl millet (bultuk 13%), barley (segem 9%), finger millet (dagusha 6%), tef (tef  6%), maize (offun 5%), wheat (sernay 4%) and hanfets (mixture of barley and wheat, 1%). Pearl millet (Pennisetum glaucum) is the most widely grown type of millet and Sorghum (Sorghum bicolor) native to Africa with many cultivated forms now is an important crop worldwide. They are the most important crops for both human consumption and animal fodder ranking after paddy, wheat and maize in the world.

The crop yield is adversely affected by several biotic (animate) and abiotic (inanimate) factors. More than 100 diseases caused by different microorganisms have been reported. Among this downy mildew, smut, anthracnoses are of economically important in major growing areas of the sub zoba Hamelmalo and zoba Anseba. However the average yield in the major sorghum growing areas is <0.673 t/ha in Hamelmalo region, while Sudan (neighbor of Eritrea) one of the largest producers of sorghum in the world.