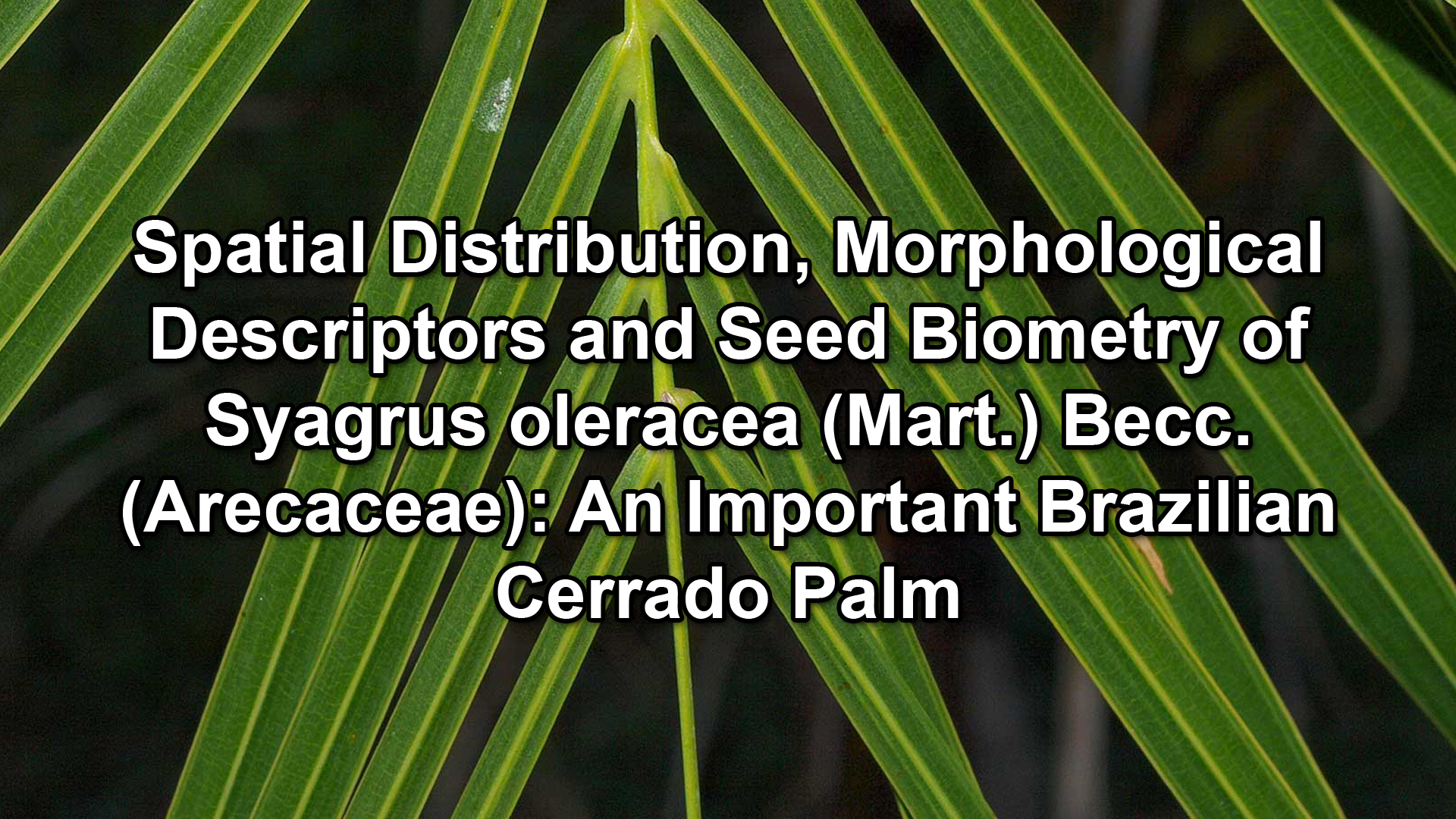 The Syagrus oleracea is adapted for dry regions, has used for food, ornamental palm and development of cosmetic. It occurs in impacted areas of Cerrado. The management of the species is important for traditional communities. Morphological descriptors, biometric pyrenes and spatial distribution of individuals are important for the species distinction, conservation, forest management and implantation of breeding programs. Thus, our objectives were to determine and correlate the main morphological characters of the palm tree, to evaluate the biometric of the pyrenes and the spatial distribution of the species. Neighbourhood Density Function (NDF) evaluated the spatial distribution in georeferenced individuals in four populations (Mirabela, Mato Verde, Rio Pardo de Minas and Novorizonte). The Novorizonte population showed an aggregate pattern in the first distance classes. The other populations had a random pattern. We evaluated 13 morphological descriptors in six populations (Mirabela, Mato Verde, Rio Pardo de Minas, Novorizonte, Varzelandia and São João da Ponte). The cluster analysis corroborates the results obtained by the multivariate analysis, which shows a greater distance of the SJP3 and SJP5 samples from the other accessions. The evaluated characteristics of the pyrenes biometry were: longitudinal diameter, equatorial diameter and the mass of the pyrenes. The highest mean longitudinal (22.17 mm) and equatorial diameter (38.89 mm) in addition to the mean mass (9.29 g) were observed in the Novorizonte population. The fruits of S. oleracea present an elongated shape. The study generated important information about the species that is still little studied, and has economic potential for product development.